Disney’s “Beauty and the Beast” debuts in theaters March 17th, bringing the animated classic to life on the big screen in a new way and it does not disappoint.   The beloved award-winning animated Disney film has been adapted into a live-action version, keeping the original songs written by Alan Menken and Howard Ashman while adding new ones.

The film follows the original animated story closely.  A quick refresher of the plot:  The entitled prince (Dan Stevens) is visited by an enchantress (Hattie Morahan) who curses him, the castle and all who live there.  Belle (Emma Watson) lives in the nearby village of Villeneuve.  She is unconventional and out-of-place because she is intelligent, strong-willed and an avid book-worm. Completely infatuated with Belle and convinced that she will be his wife is Gaston (Luke Evans) a brut of a man, opposite of Belle and lacking the intellect it takes to woo her. Belle’s father Maurice (Kevin Kline) gets attacked by wolves only to escape and find himself at the Beast’s castle looking for shelter. He is imprisoned by the Beast and through a series of events Belle takes his place.

The castle’s staff believe Belle is to break the curse for them.  Belle realizes there is more to the Beast than meets the eye.   The Beast frees Belle so she can aid her father.  Gaston leads the villagers to “Kill the Beast”.  Belle returns to the Beast during the climatic battle.  Spoiler Alert…  in the end the curse is lifted and they live happily ever after.  And so the tale as old as time of someone falling for someone because of who they are on the inside and not what they look like on the outside is told, with a few additional tidbits along the way that only add to the storyline and delve you deeper into the main characters.

Overall I thought that they did a great job. The cast in particular was carefully and perfectly chosen, from Emma Watson to Kevin Kline along with Ewan McGregor, Ian McKallen, Audra McDonald, Stanley Tucci and Emma Thompson.   Not to mention the two main male characters from the movie, Dan Stevens and Luke Evans; whose voices are remarkable and if you were not aware of their musical talent before, you will be following them now.

The music from the movie is just as magical as before if not more so, and that was my biggest fear with doing a live-adaptation of this film. With so many musical numbers, would it live up to the original? Would these actors have the musical talents to carry the films songs to that original level or beyond? I think that they did a great job with this and with some of the amazing talent they had on hand it was even better than the original.

There are new songs that Alan Menken and Tim Rice collaborated on for this film. “Aria” performed by Audra McDonald (Madame Garderobe) displays her beautiful and enormous talented voice. “How Does A Moment Last Forever” performed by Kevin Kline (Maurice) and Celine Dion on the soundtrack is a touching addition to the movie. “Days in the Sun” performed by the castle cast and Belle makes you remember that the animated characters were once human too. While I enjoyed the above additions, my favorite by far is “Evermore”, performed by Dan Stevens (The Beast). On the soundtrack it is also performed by Josh Groban and with no offense to his enormous talent, I prefer the version by Dan Stevens. It is touching and reminded me of other famous musicals such as “Les Miserables” and “Phantom of the Opera” 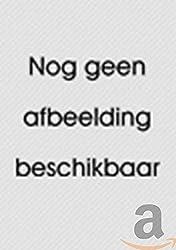 Now onto the not so great. Some of the ways that they filmed certain scenes like Belle in her bedroom, lost me a little and the ballroom dance between Beauty and the Beast were not as up close and personal as I would have liked. Probably one of the most iconic songs from the original animated feature “Be Our Guest”, I thought was a little over-done and kind of dragged on which I did not know was possible.

The movie was scarier than I had remembered and a bit dark, which was not a bad thing, but keep it in mind when taking children. NOTE for Parents: The wolves scenes and introduction to the Beast could be a little scary. I’ve spoken to other parents, some thought it was appropriate for their 6-year-old while others said 8 is the youngest that they would take to it.

In the end I found the film a little on the dark side, yet uplifting and enjoyable, all the while enchanted from its musical additions.

Lover of all things Disney since I was a child and with a new child of my own, excited to experience everything through his eyes.

About the Geek’s Blog @ disneygeek.com